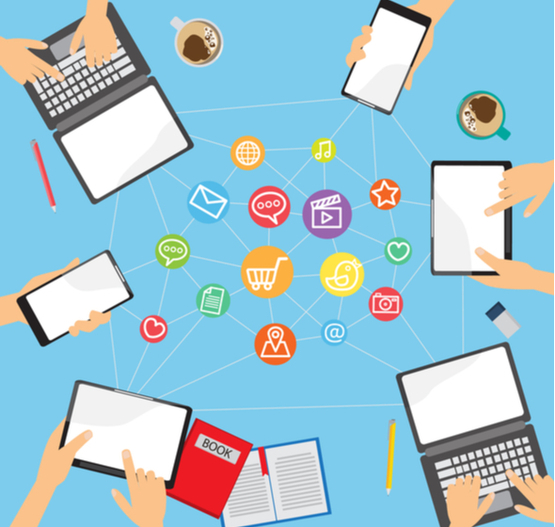 About That ‘Sharing’ Thing: What Do Presenters Really Want?

You might have noticed one AV product category that’s gotten a ton of attention in recent years (if not most of the attention): Presentation sharing/collaboration. Just about everyone and their uncle offers some sort of hardware and/or software that allows anyone to share what’s on their screen with others, whether they’re running Android™, iOS™, or Windows™.

Some of these products are complex and loaded with all kinds of add-on tools. Others are bare-bones designs that employ little more than screen-scraping techniques. This makes choosing a system unnecessarily difficult for customers, who more often than not aren’t even sure of what they expect out of a presentation sharing/collaboration product.

You could make an argument that this category invented itself. In previous times, people dragged laptops into a meeting room, uncoiled and plugged in AC power and display connections, and used tabletop, under table, and remotely-controlled presentation switchers to cycle among the various presentations. If you wanted a copy of whatever was being shown, it was delivered as a photocopied handout or a PDF file after the fact. What a pain in the neck!

But enough engineers were able to see into the not-so-distant future of mobile, personal electronics, i.e., smartphones and tablets. These devices have become so powerful that they have replaced laptops for many functions. And they make extensive use of two things – fast wireless connections and cloud-based content/file storage and delivery. So, why not use them as a new form of presentation platform, particularly with their ability to easily capture high-quality video (although often in the wrong orientation)?

Soon enough, presentation sharing hardware started rolling off the assembly line. Prospective buyers were overwhelmed with these gadgets, some of which were loaded to the gills with advanced functions that would never be used. Other models seemed to be so simplistic in function that they were little more than cheap consumer products. Company and campus IT departments weighed in with concerns about connectivity to their networks and any security threats these new-fangled gadgets might present.

Eventually, customers had to decide just how much functionality they wanted in such products. Younger users, who consider mobile phones as essential to their lives as their internal organs, were primarily sharing photos and videos. In contrast, older users (those still depending on laptops) were more accustomed to loading up things like spreadsheets for meetings. Some attendees wanted paper copies of the presentation, while others simply took photos of the screen of relevant material, using their phones, of course (which is ironic, in a way).

Calls from the IT department got louder over time. As presentation sharing/collaboration products started popping up on networks, strong passwords and two-factor logins became necessary. Multiple installations meant multiple trips through buildings and across campuses to update firmware. Presenters complained about herky-jerky video and issues sharing iOS screens. It was definitely “gaffer tape and paper clips” time!

Today, the presentation sharing/collaboration marketplace has matured enough that manufacturers have a pretty good idea of how people actually use these gadgets. Over time, anecdotal evidence revealed that a majority of customers just wanted a simple, reliable, easy-to-deploy-and-manage wireless screen-sharing solution, particularly in the education vertical. And as it turned out, there was no need to re-invent the wheel: The best approach was to connect and present without needing to install anything on a computer or mobile device – just leverage the native OS and Web browser protocols that are built into each user’s device.

That’s not to say there wasn’t a need for additional features, such as viewing the main screen on your own device (great for lecture halls with long viewing distances), editing documents together in real time, sharing any size file with anyone else in the meeting or class, instant polling, and turning the main display into a digital whiteboard with recordable annotation. Certain groups needed and continue to need all of those bells and whistles.

But for others, the ability to connect their mobile device quickly and easily to a shared screen using a standard wireless connection was the big draw, using iOS mirroring for MacBook™, iPad™, and iPhone™ as well as native mirroring for Chromebook™, Android (Lollipop OS 5.0 or newer), and Windows phones. So was figuring out a way to stream video at native frame rates without the end result turning into visually-annoying, low frame rate flip movies.

The hardware-intensive approach to early wireless presentation systems has now morphed into one that focuses more on software, and rightly so. Indeed, it’s now possible to build your own wireless presentation system simply by installing a software package and using AirPlay for MacOS & iOS, Miracast™ for Windows & Android, and connecting directly through Chrome or Firefox Web browsers.

A bridge from the past to the present was also created for legacy meeting spaces by adding wired HDMI™ inputs to wireless presentation platforms. The hardware and software mixes both wired and wireless connections together in a seamless way, extending the useful life of existing presentation switchers by making them another gateway to the wireless system. (It’s always good to have options!)

Those overworked folks responsible for maintaining IT networks were placated with a versatile software package that allows remote monitoring and configuration of multiple presentation sharing devices on the network – no need for physical visits to each room or space. And by incorporating 1024-bit encryption over each wireless link (and, if necessary, building “DMZs” with firewalls), security was a non-issue.

What we’ve just described is a general outline of Kramer’s VIA wireless presentation product line. For basic plug-and-play connectivity, VIA GO provides 60 Hz video streaming, 1024-bit encryption, and built-in WiFi. VIA Connect PRO can show up to four screens simultaneously and any in-room meeting participants can view the main display, edit documents together in real time, share any size file, and turn the main display into a digital whiteboard. (VIA Connect PLUS adds a wired HDMI input.)

For more advanced users, Kramer’s VIA Campus2 adds e-polling to instantly measure student feedback and can also be used as a secure wireless access point for guests. Six user screens can be shown on one main display and up to 12 screens by using two displays. Remote students can easily join the class and collaborate in real time with embedded 3rd-party video conferencing and office apps including Microsoft Office®, Skype®, GotoMeeting®, Lync®, and WebEx®. (VIA Campus2 PLUS adds a wired HDMI input.)

In its simplest form, VIA can be loaded and run as a software program (VIAware), It delivers the same security offered by all VIA devices and can be installed on any Windows 10 computer. Itcan show up to six user screens on one main display or up to 12 screens on two displays, and remote students can easily join and collaborate in real time with embedded 3rd-party video conferencing and office apps.

Finally, VIA Site Management (VSM) is a software application that enables IT administrators to manage, monitor and control all connected VIA devices. VSM generates alerts on system health and includes reporting and analytics tools for understanding VIA device usage.

It’s taken a few years to get there, but we can finally answer the question posed at the start of this missive: What do presenters really want? Simple, reliable, easy-to-deploy-and-manage wireless screen-sharing solutions, as it turns out. Who knew?