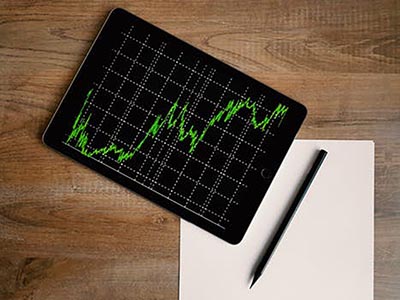 On Voice Recognition Hardware for Control (and the Underlying Motives)

It’s generally accepted that most of the product innovation in the AV industry originated in the world of consumer electronics. Blu−ray discs, tablets, big and inexpensive Ultra HD displays, faster WiFi, and streaming video all got off the starting line ten years ago. Even more recent trends like Internet of Things control systems and the migration from projected images to fine pitch LED screens are largely driven by consumer behavior.

Look at all of the wireless collaboration systems that must continually update their operating systems to handle content from Apple hardware as each version of iOS comes to market. (It’s a wonder Apple hasn’t come out with its own wireless collaboration platform.) And incremental improvements to WiFi are also being driven by a growing demand to stream video to the home. Speaking of video, more institutions of higher learning are posting instructional videos to YouTube channels, and of course those channels must be accessible to students.

The migration of AV signals to IT infrastructures has followed a similar trend in the CE world. Cable TV companies are already implementing delivery of video, audio, and data over fast wireless networks in the home, eliminating the need for a traditional coaxial cable connection. That’s largely because many new homes are not being built with category wire in their walls. Instead, builders assume homeowners will just rely on fast wireless to make all their connections.

It’s not a stretch to imagine a meeting room in the not−too−distant future that relies on wireless connectivity for every device – even videoconferencing. We’re already at that point with home offices, where teleconferences use GoToMeeting, WebEx, Skype, Zoom, and other software−based codecs through 802.1ac routers. It works! So why not add in wireless voice control systems−

Well, things don’t always work out as planned. A recent survey conducted by the Web site The Information revealed that, while about 50 million Amazon Alexa voice recognition systems have been purchased, only 100,000 or so of their users have actually ordered anything from Amazon using Alexa. It appears that Alexa users are primarily ordering up music from streaming sites and not for ordering groceries, toilet paper, or pet food. (Or headphones, bicycles, smart televisions, clothing, batteries, etc.)

It’s clear that the Alexa platform is quite popular, but still a novelty for many. Anecdotal evidence reveals that there is still a learning curve to be tackled for people to fully embrace voice control systems, whether they come from Amazon, Google (Assistant), Samsung (Bixby), or other companies. But with an increasing number of gadgets coming to market equipped with network interfaces, there will be solid growth in IoT control systems applications. Right now, things like doorbell cameras linked to televisions and lights that dim and change color seem to be the popular applications.

One thing that may give pause is the perception that some large corporation is collecting data on you and your viewing/buying/consumption habits as you issue voice commands. Well, they probably are. But that concern could present a market opportunity for a somewhat dumber voice control system that can handle all of the control “stuff” and leave the shopping to others. Granted, such a device would come at a cost premium: Amazon eats a lot of the cost of Alexa boxes because they want you to buy things with it and figure they’ll make their profit at the back end, especially from Prime members.

What’s intriguing is the fact that most appliances for the home that were shown at CES back in January incorporate the Google Assistant platform. (“OK, Google!”) Google is not in the retail business, but they are very much in the “big data” business. Their voice control product is obviously aimed at supporting IoT control in the home, but it can and will also gather data every time you issue a command, even if it’s just to stream music from the Google Play store.

Samsung’s Bixby VC platform exists for yet a different reason, and that is to convince you to buy as many Samsung products for your home as possible. Televisions, washers and dryers, refrigerators, tablets, laptops, smartphones – any and all of these can easily integrate into a Bixby−controlled universe of appliances. Samsung has gone so far as to state that EVERY product they make will be “connected” by 2020.

So, what does all of this mean to our market− First off, the more end−users become comfortable with voice recognition and control, the more they’ll request it be part of an AV installation. If you can walk into your house and tell Bixby to turn on the lights and television (and probably the oven to warm up last night’s pizza), you will logically assume that you can walk into any room and turn things on with your dulcet tones. That would include classrooms, meeting rooms, and even huddle spaces.

Second, the smart companies will be busy developing drivers for these VC systems so they can indeed be used to control the AV gear in a given room. (Even if it’s just adjusting lights and drapes at first.) Once a potential customer learns that a high−profile installation has adopted VC, they’ll want it for their facility. There’s nothing like keeping up with the Joneses to motivate customers, especially in high−profile installations.

Third, the adoption of VC systems will drive IT administrators crazy. The security issues alone could represent a Pandora’s Box (or Pandora’s voice control) to admins: How can you be sure the voice recognition system isn’t responding to a recording− Do you require two−factor identification, such as facial recognition, a thumbprint, or even a spoken password before executing a command or series of commands−

Fourth, someone will develop a generic voice control system not tied to selling groceries, collecting data, or checking to see if the spin cycle is over. This VC system will be targeted specifically at the commercial AV market (and possibly residential customers) and come with an appropriate interface to translate commands into addressable IP packets to operate just about anything with an Internet hook−up. There may even be multiple, incompatible VC products offered for sale.

But make no mistake, voice control is coming. You have our word on that. (And “no, Alexa, I did not just order five cases of Double Stuff Oreos!”)