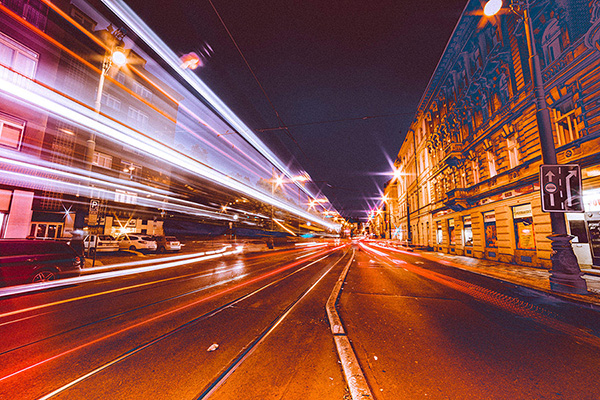 If you’ve been paying even the slightest attention to trends in the AV industry, you know that fast wireless connectivity has become a very important part of any installation. In particular, WiFi is integral to all of the wireless collaboration and presentation−sharing devices that are overrunning classrooms and meeting rooms.

What you may not be aware of is how hard WiFi protocol developers are working to try and stay ahead of the tidal wave of consumer and commercial products that are completely and utterly reliant on wireless connections. Those readers who’ve been around long enough to remember the crude attempts in the late 1990s to stream static images and presentations to projectors should be suitably amazed that anyone can now watch 1080p/60 video on a mobile device – without dropped packets and buffering.

But is that benchmark good enough− Nope, and particularly with 4K video now getting a foothold. The current “fast” protocol is IEEE 802.11ac, otherwise known as channel−bonding WiFi. This protocol combines two or more 20 MHz wireless channels to boost bandwidth and connection speeds, enabling the “holy grail” of reliable 1080p/60 streaming.

Well, that used to be the holy grail. Now, customers want to stream multiple 1080p/60 videos without buffering while simultaneously passing the usual TCP/IP traffic. So, the hard−working wireless tecchies have come up with an even faster standard – 802.11ax.

What’s in an “x−” Supposedly, improved performance, extended coverage and longer battery life.  802.11ax can deliver a single video stream at 3.5Gb/s, and with new multiplexing technology, can deliver four simultaneous streams to a single endpoint with a theoretical bandwidth of 14Gbps.

801.22ax does this by using a higher level of modulation – quadrature amplitude modulation (QAM), to be precise. Your cable TV company sends you digital TV programs using 256−QAM (or 256 levels of symbols). 802.11ax goes even further by employing 1024−QAM (more symbols of data) and combines it with more antennas (multiple in, multiple out or MIMO).

A newer version of MIMO, Multiple User (MU−MIMO) can provide up to eight simultaneous streams of video from one wireless access point. Unlike 802.11ac, version “x” operates in both the 2.4 GHz and 5 GHz wireless bands to combine and format channels. And a technology called Orthogonal Frequency Division Multiple Access (OFDMA) allows each MU−MIMO stream to be split in four additional streams, boosting the effective bandwidth per user by a factor of four.

The difference between earlier versions of the 802.11 protocol and version “x” is like the difference between a Toyota Corolla and a Ferrari. Whereas older versions of wireless lacked the ability to dynamically shape streams and antenna beaming paths, “x” basically modifies every single parameter of a wireless connection to optimize streams of packets. (Did we mention it’s also smart enough to detect on−going activity and wait until the channel is clear to begin transmissions−)

If you’ve figured out that you’ll need all−new WiFi routers and access points to use any of these features, you win the giant stuffed teddy bear! Your in−room wireless networks will have to be upgraded to 802.11ax at some point, but the good news is that new WiFi gear is pretty inexpensive. What’s more, 802.11ax is backward−compatible with systems like 802.11ac and 802.11n.

Hey – what a minute. Haven’t we written about 802.11ad before and called it the best thing since waffle irons− True, we did. And for sheer speed, you can’t beat “d” as it supports streaming rates of over 3 Gb/s per channel, with six 2 GHz channels to work with. No congestion here – it’s the equivalent of having an 8−lane highway accessible during rush hour.

But there’s a catch. (There’s ALWAYS a catch.) 802.11ad operates in the 60 GHz radio band; way, WAY above the frequencies used for 802.11ac and 802.11ax. Radio waves at this frequency are quite small – a full wave measures just under 2 inches, meaning that antennas or this band can be formed right on a semiconductor layer.

And the catch is that 60 GHz radio waves have a very limited range at maximum power levels (FCC rules allow about 1 watt), which means if you move more than about 30 feet or 10 meters from a 60 GHz WiFi access point, you’ll probably lose the signal. 60 GHz signals also won’t pass through solid objects of any kind, which does provide a backward form of security when you think about it.

In contrast, 2.4 GHz wireless signals can travel through many solid surfaces that are conductive. And 5 GHz radio waves can penetrate wood floors, glass, sheet rock, curtains, and plastics for quite a distance. With boosters, you can increase the range of 2.4 and 5 GHz signals by several tens of feet. (A similar trick will work at 60 GHz with steerable antennas.)

Practically speaking, both wireless modes can co−exist nicely. “d” is perfectly suited for short−range, high−bandwidth links in rooms and “x” can pick up the slack over longer distances in larger spaces. Indeed, we’ve seen tri−band modems come to market in recent years that incorporate the older “c” version with “d,” although they have been slow to gain adoption.

As our industry finds more ways to get rid of wires, especially when connecting devices configured for Internet of Things (IoT) control, demands for more efficient and faster WiFi will only increase. Versions “x” and “d” should satisfy those demands for a few years…we hope…