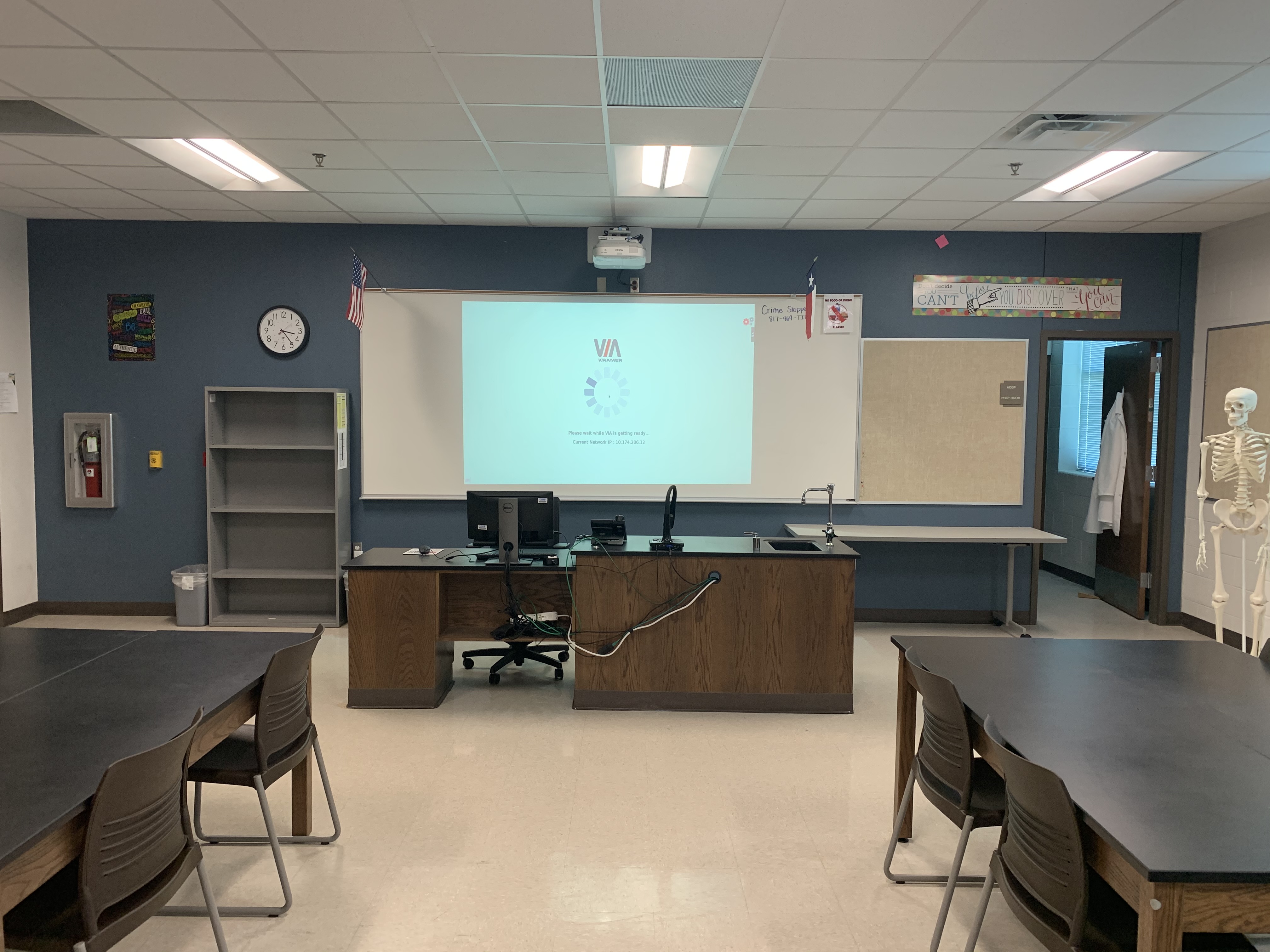 Established in 1958, the HEB Independent School District (ISD) spans 44 square miles, encompassing the three adjacent cities of Hurst, Euless, and Bedford located in the Dallas-Fort Worth area. Serving more than 24,000 pre-K and K-12 students and more than 3,300 employees, the district currently comprises 20 elementary campuses, five junior highs, four high schools. In addition to its classroom-based facilities, the HEB ISD has seven buildings which house administration, athletics, and a maintenance complex. A period of growth over the past five years has seen a 6 percent increase in enrollment, or just shy of 1,300 students. There are currently two educational campuses under construction to accommodate the influx of students.

The HEB ISD was recently voted one of just 71 districts to earn the Post-Secondary Readiness Distinction from the Texas Education Agency, putting the district among the top 6 percent in the state. It also has the distinction of an incredibly diverse student body, with more than 10 percent of students speaking English as a second language, and a total of 78 languages are spoken across the district.

Network Engineer Shawn Finch started as the HEB ISD’s help desk/repair technician 25 years ago. These days, Shawn oversees the massive technology infrastructure which includes the district’s virtualized environment. Vikki Durham is an Instructional Technology Support Specialist. For more than a decade, she has worked on-location with teachers, students, coordinators, and administrators to integrate technology, create videos, and train staff across the district. When she started as a teacher at HEB 30 years ago there was “absolutely no technology other than a TV, a computer, and a whiteboard.”

To help understand the changing technology needs of teachers and district leadership, a district-wide survey was conducted. Resulting from the study were goals and expectations from the leadership in the district stating that, “they wanted the teachers to be up out of their desks and integrating and communicating and collaborating with the students—actively monitoring,” says Durham.

Nearly 20 years ago, a redundant, currently 20Gb, fiber optic network was installed throughout HEB ISD setting the stage for today’s advanced AV over IP technology solutions. Until two years ago, the only technologies in the classrooms were SMART Boards, document cameras, and interactive projectors. That’s when 1,633 Kramer, VIA GO units were installed in classrooms across its 36 buildings. The VIA GO’s allow teachers to actively engage with students and wirelessly share content onto the projection surface in the classroom.

Flexibility, scalability, and affordability were key requirements when Shawn Finch, Network Engineer for HEB ISD was evaluating competitive products. “With a district as large as HEB, it was completely unacceptable to have to configure each device one at time,” says Finch. “Kramer has this centralized enterprise server and all the VIA GO’s phone home to it, so when I need to make a change, I can go to one place and I make the adjustments for an entire school, or multiple schools, or the entire environment at once,” says Finch. “I can’t drive out to 30-plus physical locations and go to every classroom and interrupt class if there’s an issue, but if it’s on the network and I’ve got a centralized server, I can administrate, monitor, and trouble-shoot every Kramer device from my own desk using Kramer’s VIA Site Management software.”

Technological advantages aside, for the HEB ISD, there remained the simple fact that Kramer’s price point for the VIA GO fell far below its competitors in the long-term. “We also needed to be looking at price to make sure it was something that we could afford over a period of time.” Durham points out, “It filled that niche too because it provided us with a hardware opportunity that probably would last longer; you didn’t have to get a subscription that was associated with software licenses.”

Beyond the benefit of being able to work on a centralized system, the district needed a solution that would live up to its secure wireless network. “We require an SSL certificate; we require usernames and passwords; and a lot of the competitors boxes felt more like they were consumer-based. They felt like they were made for small offices and home use.” Finch explains of the Kramer VIA GO, “It was able to handle our enterprise-class wireless security settings, and in addition to that, it has an Ethernet port. The benefit to that is it connects to both at the same time, so we can have a physically wired cable in the back to provide very reliable network connectivity.”

Collaborative learning environments are at the heart of the Kramer VIA GO. Teachers with the VIA GO can untether from their central docking station and move freely throughout the classroom while presenting material from their device and actively interacting with students. “The student Chromebooks have the ability to mirror to the projector as well, and so you could have the teacher on one side with, let’s say, a problem that had not been solved,” says Durham, “and a student could project up there alongside that teacher and solve the problem where the whole entire class could see it.”

Kramer’s VIA GO ensured the HEB ISD had a solution that was compatible with a diverse array of operating systems. According to Durham, “Some of the competitors could handle Apple devices and PCs, but couldn’t handle Chromebooks; some of them could handle Apple devices and Chromebooks, but couldn’t do PCs. This is the only one that we’ve been able to find that would allow us to use all of our platforms.”

The accompanying VIA App software also solves the problem of multimedia playback on an already congested network. “We used to roll an entire cart of 30 computers-plus into a classroom when the teacher wanted to play a video. Well, you just put 30 computers in there and a video,” says Finch. “But what Kramer’s developers did that was very clever is they allowed you to stage your multimedia content on the app, and then when you’re ready to play it, it tells the Kramer to go get it for you.”

The VIA GO unit also has the benefit of being wall-mountable, which is especially helpful in a classroom where expensive equipment could be easily damaged. “You know a kid will step on them and they’ll get crushed.” Finch explains, “We wanted it someplace safe and out of the way, and against the wall is a great way to do that, or, in our future campus, up above the ceiling—above the projector.”

With hundreds of teachers across the district being introduced to the VIA GO over short period of time, one might think that there would be some difficulty in transitioning to the new technology. “There was a little bit of a learning curve with, but it’s really not hard,” Durham points out. “Some early adopters, of course, jumped right on it. Some teachers have been a little bit slow to use it, but they’re getting there because they see the value of it.”

There is a resounding consensus from teachers and administrators alike that over the past two years, Kramer’s VIA GO has been instrumental in encouraging active learning in the Hurst-Euless-Bedford Independent School District. “We have been pretty successful,” Durham says. “When I go by 10-12 classrooms, I’ve got at least six to eight using it on a daily basis.” She adds, “This is great for classroom management. It frees the teachers up to actively participate with the students.”

1 Item was added to your cart
1 Item was removed from your cart
name
You Pay:
continue shopping visualizar carrinho