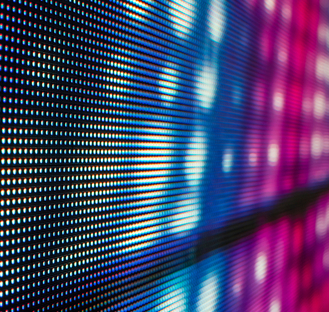 As Relentless as a Tidal Wave

The AV industry has a few “benchmark” years, starting with the introduction of light valve video projection in the 1980s and continuing through the first solid-state video/data projectors in 1993, the first flatscreen displays in the mid-1990s, optical disc media in the late 1990s, high definition TV in the early 2000s, a migration from plasma to LCD later that decade, and widespread adoption of high-speed wireless for connectivity over the past five years.

Right now, we’re laser-focused on moving away from full-bandwidth video signal distribution to compressed Full HD and 4K video switched and routed over IT networks. That in itself is a sea change for integrators, and will more closely align our industry with the world of information technology, likely causing the loss of more than a few jobs along the way, as has happened recently in the broadcast industry.

We’ve also bought into the idea of ditching short-arc projection lamps in favor of a more durable, eco-friendly solution that harnesses laser diodes to color phosphor wheels. And we seem to like the concept of wireless signal connectivity for presentations and collaboration, slowly moving away from wired connection hubs on walls and tabletops.

But the biggest change of all is just starting to emerge from behind the curtain, and that is the increasing dominance of the light-emitting diode (LED) in display technology. And when we say “dominance,” we really mean it – LEDs have the potential to become the first unified display platform since the cathode-ray tube was developed a century ago.

It’s not like we didn’t see it coming. LED videowalls with coarse pixel pitch have been around for more than two decades, but they were limited to installations in large stadiums and arenas, and as outdoor signs in places like Times Square and the Las Vegas Strip. That all changed around the start of the present decade, when individual LEDs became practical to manufacture in ever-smaller sizes.

Those videowalls and scoreboards from 1999 had, on average, a pixel pitch of about 10 millimeters. A contemporary version for indoor installations is likely to have a pixel pitch of 2 millimeters, presenting images with much finer detail when viewed at close range. Given that most of the LED device and tile manufacturing takes place in China, it wasn’t long before tile and wall prices began falling…and customers as diverse as staging companies and retail chains took notice, and bought in.

You probably did, too, at ISE and InfoComm about five years ago. Where did all of these LED all companies come from, all of a sudden? How come I never heard of any of them? Wow, those things are bright! Bet they’re expensive…

To be clear, the position of “display king of the hill” rotates every few years. CRT displays sat on the throne for generations. Then plasma displays took over, only to be deposed by LCD screens. The latter have clung to power for over a decade, but they can see the writing on the wall. The only question is how quickly LCD technology will cede its top-of-the-market position to LEDs.

Based on anecdotal evidence, what we’ve seen at recent trade shows, and forecasts from display analysts, the coronation is going to happen pretty soon. Just as large, economical Full HD LCD monitors and TVs escorted “hang and bang” projectors out of classrooms and meeting spaces, large LED walls are putting a serious dent into the sales of high-brightness projectors, particularly for staging live events. And they’re setting their sights on large LCD monitors and TVs next.

It’s easy to see why. LED walls are built up out of smaller tiles and cubes, just like Lego toys. They literally snap together into lightweight frames, using molded multi-wire plugs to daisy-chain tiles and cubes together, and are easy to fly or stack. LEDs don’t make any noise, aside from small cooling fans when operating in enclosures, and provide a bright, colorful, and high-contrast one-piece display system that can show 4K and even 8K-resolution video.

Still; many end-users and integrators have long regarded LED walls as expensive niche displays, not anything practical enough to install in classrooms, lecture halls, and meeting spaces. Well, that thinking got blown out of the water last June at InfoComm, where we saw the first build-it-yourself LED displays for meetings rooms.

These products have sizes ranging from 120 to 150 diagonal inches (that’s 10 and 12.5 feet, respectively) and offer dot pitches from 1.8 to 2.5 millimeters. They come in modular kits that take two people about three hours to assemble and wire together, and can be hung on a wall or even attached to a roll-around stand – all you need to do is plug in a power cord and connect your video source through an HDMI port, and away you go.

In terms of brightness, LED displays actually have to throttle back on their luminance. Using a pulse-switched operating mode, they could easily hit 2,000 nits, but that would be glaringly uncomfortable in a small room. The actual luminance level is closer to 400 – 600 nits, adjustable to compensate for high ambient light levels.

From a technology perspective, these products are LCD killers. But from a financial perspective, they’re not quite there yet: A 130-inch model has a retail price of about $75,000, which would more than cover the cost of four 65-inch LCD monitors and signal processing gear. Then again, the first 50-inch plasma monitors for commercial use retailed for about $25,000 apiece twenty years ago, so we can expect prices to come down pretty quickly on these products as demand grows.

With large LED walls established as the go-to display for digital signage and image magnification, and fine-pitch walls establishing a beachhead in meeting rooms, the next step is consumer televisions and mobile displays. Late-model Ultra HDTVs with high dynamic range support already use large matrices of mini LEDs as backlights.