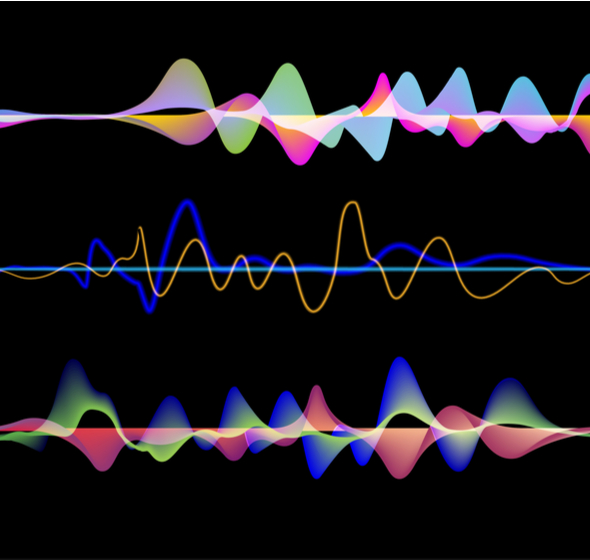 We focus on video- and display-related products a great deal of the time in these monthly ramblings, and for good reason. Video and display signal management represents the “heavy lifting” of the AV industry, involving a myriad of signal formats with lots of pixels, high bit rates, and different color resolutions.

Interfacing and switching analog video and display signals was quite the headache years ago, and one could argue that the transition to digital came just in time. (Imagine interfacing a 4K/60 connection with discrete analog wiring! On second thought, no, don’t imagine it, you’ll just get a massive headache.)

While video usually grabs our attention, audio often seems to just come along for the ride, like your annoying younger brother when you went to the park to play with your friends. You knew he was there, but you largely ignored him and hoped he wouldn’t wander off and get you in trouble with Mom.

Fact is, we have almost as wide a variety of audio signals these days as we do video signals. And audio can come from a varied number of sources with a wide range of quality levels, ranging from professional quality to “what the heck is all that background noise?” Much of it originates from consumer gadgets that were designed for user convenience and not to win any Hollywood awards for ‘best sound mixing.’

Every product that can capture video also has some form of audio recording built-in. That includes smartphones, tablets, laptop computers, camcorders, digital SLR cameras, point-and-shoot cameras, and even those ‘smart’ speakers that are all the rage nowadays. Because the manufacturers of these gadgets don’t know how or where you plan to record audio, most of these products have some sort of automatic gain control (AGC) turned on to make sure it does get recorded.

That works fine in a quiet space, but not so great outside (wind and ambient noise) or in a crowd (background vocal sounds and ambient noise). And the audio output levels vary from one gadget to another, as do the frequency response and microphone characteristics. If you were to string together a bunch of YouTube video clips shot with a wide variety of cameras and phones, you’d clearly hear these differences.

That’s why having some sort of audio digital signal processing (DSP) is really handy these days. DSP can fix a multitude of problems, including audio levels and equalization, and it can be operated using nothing more than a graphical user interface (GUI) via a network connection. DSP also comes in handy when connecting and mixing good old-fashioned analog microphones, particularly in a meeting or conference space. Think of DSP as replacing an analog sound engineer and mixing board, which would take up too much room in a meeting anyway and be distracting.

We can easily implement DSP in a meeting room and also accommodate a wide range of analog and digital input signals. Better yet, we can also offer DSP to huddle spaces, where audio connections and playback are about as ad hoc as it gets. We might be able to hear each other in the space, but anyone participating remotely won’t hear a thing unless microphones are used and volume levels are set to workable ranges. And it would be nice to level all audio sources so that we don’t transition from “gentle breeze” to “airplane taking off” between clips.

Remember – audio can come from just about any connection these days. In addition to analog inputs, we can play digital audio through USB ports and we can also embed it in an HDMI connection. Of course, audio will also be served up over Internet connections, if we’re streaming from a Web site. And all of it will probably need some sort of signal processing so it sounds clear and crisp. We’ll have to support all of these connections to cover the bases.

One advantage of using a digital audio system is that we can also consolidate several other discrete pieces of audio hardware into a single chassis. In addition to signal switching and processing, we can also throw in an amplifier and even some room control functions, again running everything from a network interface to make operation ‘plug and play’ as much as possible. What once required a full rack of mixers, equalizers, amplifiers, and switching gear is now consolidated into a do-everything, single rack unit product.

Kramer knows a little bit about audio, as we’ve been supporting the category for just about four decades. And two of the latest additions to the Kramer audio line reflect this latest thinking in audio hardware and software. AFM-20DSP-AEC is a multi-function audio matrix switcher that comes with 20 bi-directional analog audio ports. Instead of having to work with a pre-determined matrix configuration, you get to decide how many inputs and outputs you need. (And you can easily change your mind later on, because you will. And you know it.)

For digital audio, it includes an HDMI input and output with embedding and de-embedding, plus coaxial S/PDIF input and output jacks. There’s also a 4x4 Dante connection for networked, low latency audio. But Kramer didn’t stop there. AFM-20DSP-AEC also includes a stereo amplifier (2x60-watt @ 8 ohms or 1x120-watt @ 70V/100V). On top of all that, there’s a 32-bit digital-analog converter (DAC) with selectable sampling rates up to 96 kHz, and simultaneous digital signal processing of all inputs and outputs.

The other new product may be a first for the category. Kramer’s DSP-62-AEC was engineered for one of the trickier audio environments – huddle spaces, which are notable for their general lack of hard-wired AV gear. This compact wonder manages to support bi-directional audio through two HDMI inputs and one output, a USB port, a stereo analog audio jack, and up to four analog microphone connections. DSP-62-AEC can route and mix any audio source and send it wherever you want.

If you’re ready to retire racks of discrete audio hardware in favor of a simpler, all-in-one solution, or are scratching your head wondering how you can provide a better audio experience for huddle spaces (which some folks might describe as trying to herd cats), Kramer has you covered.  Both AFM-20DSP-AEC and DSP-62-AEC should improve audio quality considerably during meetings. (Sorry, we can’t do anything to fix the quality of presentation content…)