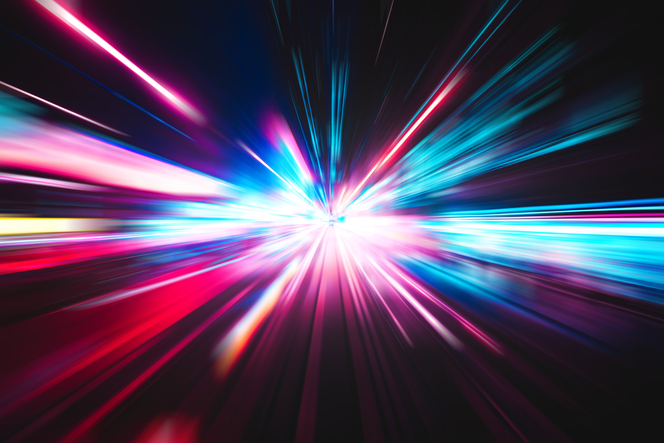 A press release recently crossed our desk that detailed how the HDBaseT Alliance is working with a company called SyncPro “…to enable cloud connectivity capabilities for HDBaseT products.” SyncPro developed the Cloud OS software, which according to the company, “…enables IT teams and Managed Service Providers (MSP) to remotely configure, monitor and maintain audio/video, unified collaboration and digital signage products.”

This is an interesting development for the HDBaseT signal distribution format, which you may remember started out as a simple and reliable way to extend HDMI 1.3 video and audio, and IR and RS-232 control signals up to 300 feet, originally over Category 5 cable. HDBaseT can also deliver a maximum of 65 volts DC power @ 1.5 Amps and carry duplex Ethernet signals.

Since then, Valens Semiconductor has made several updates and speed enhancements, such as support for USB 2.0. The latest version, HDBaseT 3.0, employs Cat 6 cable and can transmit a maximum of 16 Gb/s of data with a 2 Gb/s return link. By eliminating the standard 8bb/10bb ANSI symbol coding overhead used by HDMI (and DisplayPort), HDBaseT can transport Ultra HD video using 8-bit 4:4:4 (RGB) color @ 60 Hz.

The HDBaseT format is quite popular in the AV industry, but hasn’t made as much of an impact in other verticals such as broadcast, cable, cinema, and streaming media, where a more conventional IT-based audio and video distribution system is preferred; one that uses TCP/IP protocols and MPEG/JPEG video and audio compression formats. (HDBaseT does not compress video signals.)

What’s interesting about this alliance with SyncPro is how HDBaseT is trying to look more like an AV-over-IT solution without actually being one. Since everything that travels over an IT network is converted to packets with headers, it’s a simple task to add control system functionality. Control packets come in short bursts and don’t need much bandwidth, and they can also hop over WANs for remote monitoring of AV systems.

In contrast, HDBaseT exists in its own closed ecosystem, as it uses a proprietary pulse-amplitude modulation (PAM) technique to convert HDMI 1.4 and 2.0 TMDS signals for transmission. The fact that version 3.0 supports 1 Gb/s Ethernet is incidental, as HDBaseT has always allocated bandwidth for Ethernet packets.

However, HDBaseT cannot coexist in a conventional TCP/IP system with network switches. And there’s really no issue with compressed video over a network structure these days. JPEG XS, a very low-latency “mezzanine’ codec, has been demonstrated by the Japanese national television network NHK, compressing 8K/60 video (33 megapixels per frame!) by 6:1 through a 10 Gb/s network switch with minimal signal degradation, as observed up close on 85-inch 8K LCD monitors.

To be clear, we’re not disparaging HDBaseT here. For many AV installations, it makes perfect sense as a reliable way to transport audio, video, and control over long distances. Category cable is certainly cheap enough and easy to install with crimping tools. Instead of network switches, more conventional full-bandwidth matrix switches are used, just as they would be with HDMI signals. And it is handy to multiplex control and USB signals into the same wiring.

But HDBaseT is still a hybrid approach to network-style signal distribution, trying to straddle two increasingly diverging worlds. Recall the plethora of analog signal extenders so popular in the early part of the 21st century: Remember those InfoComm demos of VGA connections over rolled-up spools of category wire and fiber optic cable?

Valens Semiconductor’s original focus was on the consumer market, and the first demos I saw of HDBaseT were at CES and CEDIA, featuring the “5 Play” slogan (Video, audio, IR, RS-232, and 100 Mb/s Ethernet over one cable). And HDBaseT had a faster, Chinese-backed competitor back then - DiiVA, or Digital Interface for Video & Audio - that largely seems to have faded into history, but used a similar approach to integrate all of these signals into one piece of structured wire with a maximum bandwidth of 18 Gb/s.

But time doesn’t stand still. No one could foresee 4K video coming to market so quickly. A decade ago, the only widespread use of JPEG-based codecs was for digital cinema, as the DCI spec uses JPEG2000 compression. And at that point in time, a “fast” IT network used 1 Gb/s switches, not 10 Gb/s.

Today, the marketplace for networked distribution of AV signals is pure bedlam. HDBaseT competes with Software-Defined Video Over Ethernet (SDVoE) products, which use Display Stream Compression of video into packets for transport through IP networks, and JPEG-based video compression, also for transport over IP networks. The latter solution is now being promoted aggressively by the Alliance for IP Media Solutions (AIMS) to the AV industry as a counter to SDVoE.

And momentum continues to build for TCP/IP-compatible AV distribution architectures. The Society of Motion Picture and Television Engineers (SMPTE) has released its ST 2022 standard, Professional Media Over Managed IP Networks, which has eight separate parts. And now there’s NMOS, the Networked Media Open Specification standard developed by the Advanced Media Workflow Association for transport of audio and video over AV/IT networks. (Are we driving you crazy with all these acronyms?)

Looking down the road, it seems inevitable that the ultimate winner of the AV-over-IT tussle will be a pure TCP/IP solution, given the growing number of vendors and content producers who support the format, the wide range of open standards and specifications, on-going improvements to JPEG-based codecs using artificial intelligence (AI), and ever-lower prices for IT gear. A quick Internet check showed some models of 10 Gb/s switches selling for less than $1,000.

Most importantly, TCP/IP-based signal distribution systems are fully compatible with WiFi formats. That’s not an insignificant advantage, as our industry and others see more and more AV signal distribution moving to 2.4 and 5 GHz (and 60 GHz short range) wireless connectivity via wireless presentation sharing platforms; accessible on all of our mobile devices, desktop and laptop computers, and “smart” televisions and displays.

Believe it or not, there are still systems integrators who prefer to use the time-tested serial digital interface (SDI) for moving uncompressed video and audio assets around a facility, particularly now that 12G SDI connections are available over copper for short distances and optical fiber for long cable runs.