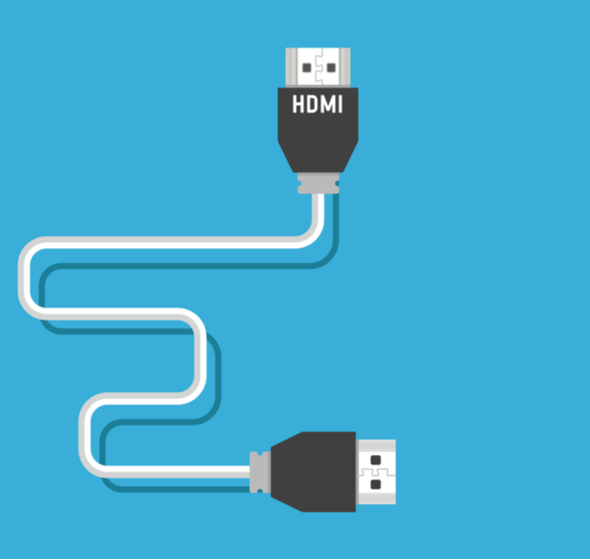 Ever since the HDMI 2.1 standard was announced at CES in 2017, we’ve all been waiting with baited breath for the chipsets to arrive. v2.1 offered such a speed increase over v2.0 (2013) that it sounded almost like science fiction, leaping from 18 gigabits per second (Gb/s) to an amazing 48 Gb/s, just like that!

And the signaling method would change, too, falling into line with the rest of the world by adopting a digital packet structure, much the same as DisplayPort (which, incidentally, is what much of V2.1 was modeled after). Instead of three lanes for red, green, and blue, plus a separate lane for clock information, v2.1 now employs four separate data lanes, each capable of speeds as fast as 12 Gb/s. With a packetized structure, intermixing and embedding clock packets is a piece of cake.

While that all sounded very impressive over two years ago, the reality still has yet to catch up with the promise. At CES 2019, 8K was a “big” thing, and the HDMI Forum booth had several demonstrations of 8K signaling, including an 8K home theater centered around a Samsung 900-series 85-inch 8K TV. (Ironically, the earlier versions of this TV shipped with the older and slower HDMI 2.0 interface.)

If you dug a bit deeper and asked a few more questions, you would have learned that the testing and certification process for the v2.1 interface is still very much in progress and is not likely to wind up until the fall of this year. What’s more, only one chip manufacturer (Socionext) was cranking out v2.1 TX and RX chips in any quantities as of the end of 2018, with other fabs just getting up to speed.

The hype over HDMI 2.1 reached a bit of absurdity when a prominent television manufacturer declared at their CES press conference that all of their 2019 Ultra HD televisions would have v2.1 input. (No mention as to how many.) Further questioning revealed that, although video signals could enter one of these Ultra HD televisions through a v2.1 physical interface, the signals would be processed as v2.0 after that inside the set.

Why the push for v2.1? Simple. The latest enhancements to TV – high dynamic range and its associated wider color gamut – create a lot more bits per second. And v2.0 looks more and more like a giant speed bump in that context. Presently, you can push a 4K/60 signal through HDMI 2.0 IF you reduce the bit depth to 8 bits per pixel, using the RGB (4:4:4) format. Want to send a 10-bit signal at the same frame rate? Now you have to cut the color resolution to 4:2:2, not easy to do with a computer video card.

While 48 Gb/s may be unattainable in the near future, a data rate around 36 Gb/s could be within reach. That would allow the passage of 4K/60 content with 12-bit RGB color, a truly spectacular set of images streaming at just shy of 30 Gb/s. Or, you could generate a high frame rate (120 Hz) 4K signal for gaming purposes, using 12-bit 4:2:2 color and still get under the wire at 33.3 Gb/s.

The challenge for HDMI has always been higher bit rates over copper. Unlike DisplayPort, there is no provision in the HDMI 2.1 specification for transport over optical fiber, although that shouldn’t be difficult to accomplish given the interface’s packet structure. Above 40 Gb/s, we may have to use optical fiber simply because signal losses over copper wires would be too high to maintain a workable signal-to-noise ratio.

Over in the DisplayPort camp, there hasn’t been a lot of counter-punching going on. Few manufacturers support the DisplayPort v1.3/1.4 standard (v1.4 adds support for HDR metadata, plus color resolutions other than 4:4:4 / RGB) and it’s only the more exotic video cards that would require that kind of speed. Gaming is a good example of a speed-intensive application and that crowd would love to have 12-bit color refreshing at 120 Hz. Or maybe even faster.

Where does that leave our industry? You’ll be hard-pressed to find many signal management products at InfoComm in June that support v2.1 – it took our industry almost four years to really get onboard with v2.0, and we still get press releases from companies boasting how they finally added HDMI 2.0 to their media players and other products. (Well, it’s been five-and-a-half years, you know!)

From our perspective, we don’t expect to see much adoption of v2.1 until a year from now, and even then, things will move slowly. The ProAV industry is more obsessed with the transition from uncompressed high-bandwidth signal distribution to compressed IT-based distribution, centering on 10 Gb/s network switches. (Sorry, you 1 Gb/s fans, that’s just too slow for future-proofing.)

A good “tell” will be how many 4K and 8K TVs (yep, 8K TVs, repeat as often as necessary) will start arriving in the fourth quarter of 2019 with one or more v2.1 input. The more TV manufacturers get with the program, the more likely you’ll see them on commercial monitors and digital signage displays next year in Las Vegas. Another “tell” will be how quickly our industry embraces 8K commercial displays (more to come in our next blog post). Without v2.1, 8K will be nigh impossible.