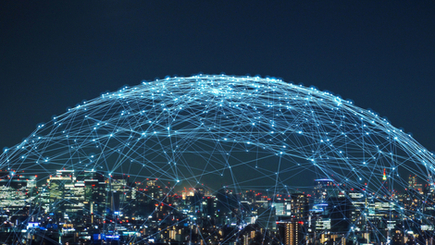 Keep Calm and Carry On

Well, here we are in the home stretch of 2020. It’s December and one of the most turbulent years in world history is drawing to a close. A worldwide viral pandemic is well into its third wave, hammering national economies, filling hospitals and morgues to the breaking point, and testing everyone’s resolve: Should we travel for the holidays or stay home? How safe is it to get on an airplane or sit in a movie theater? Should students remain in classrooms or revert to virtual learning? How many of us will permanently work from home when this is all over?

“When this is all over” is very much an open-ended statement. While recent announcements of high-efficacy vaccines are encouraging, the timetables for widespread availability of said vaccines have yet to be finalized. Most medical experts and health officials are now saying it will be late spring to early summer before most people can be vaccinated and life can get somewhat back to normal.

We’ll be living in these strange times for a bit longer, unfortunately. Several major expositions and trade shows have already made appropriate adjustments: The annual Consumer Electronics Show, held in early January, will be entirely virtual this year. Integrated Systems Europe bumped its show back to June 1 in Barcelona, and while InfoComm is still scheduled for mid-June in Orlando, the annual NAB show will now take place in October of next year.

The fact is that scheduling any live events in Q1 of 2021 is still a gamble - even major sports leagues like the NHL and NBA are discussing playing in “bubbles” again, as are college basketball teams. Some schools and leagues have thrown in the towel and cancelled winter sports altogether. As this is being written, several states are once again implementing restrictions on indoor dining and the number of persons at indoor gatherings, with some facilities such as gyms being shut down altogether.

In the year 2019 (before Covid-19), our industry was preoccupied with such things as the AV-over-IT transition, 4K and 8K, cloud-based media storage and retrieval, IP-based control systems, HDMI vs. DisplayPort, the emergence of mini-LED displays, arguments of projection vs. direct-view displays, consolidation of both manufacturers and integrators, and generally – how to make a buck selling any hardware these days.

What a difference a year makes. Now, we’re stuck with finding ways to better utilize WiFi and home broadband to communicate – we’re using AV-over-IT, like it or not. We’ve suddenly rediscovered the value of good lighting and audio. We have no choice but to rely on the cloud to store and exchange files (good thing home broadband speeds have steadily increased in the past few years!). Our laptops and mobile devices have taken on greater roles as primary communication portals.

The projection/direct-view argument is moot. People are using whatever displays are on hand to communicate and learn, which in a majority of cases is nothing more than a laptop. While industry consolidation continues during the pandemic, we’re doing a lot more online shopping these days. Some institutions have bitten the bullet, closed down their facilities, and commenced long-overdue facility construction and upgrades, turning lemons into lemonade after a fashion.

The pandemic has forced many of us to throw caution to the wind and try just about anything to effectuate communication. The Society of Motion Picture and Television Engineers (SMPTE), a 104-year-old institution, held its annual technology conference online two weeks ago using the Hubb platform. Attendance was strong (a pleasant surprise) and presentations were recorded with live Q&A afterward. Other trade shows and conferences used this model, and aside from a few hiccups here and there, it worked quite well. While a lot of pre-production was involved to record all the talks, this approach made it possible to stream those talks on-demand after the conference for virtual attendees in different time zones.

We can never lose sight of the fact that, first and foremost, we are experts in audiovisual hardware and software technology tasked to solve a client’s communications needs. The “stuff’ we design and install isn’t the end game; getting the client up and running is. And this pandemic really pulled the rug out from under our collective feet: Who could have guessed that Zoom would become a primary communication platform? That musicians desperately needed a low-latency codec so they could rehearse together virtually? That sales of HDMI-to-USB capture cards would skyrocket? That video streaming would prove a lifeline to both houses of worship and live concert venues?

Doesn’t matter which side of the AV-IT debate you were on originally. It’s here now, and certainly not in the form you expected. Pre-Covid-19, we taught and took classes on low-latency codecs and setting up networks and switches, listened to arguments for and against AV-IT platforms, learned how to set up firewalls and DMZs, and debated the advantages of fiber vs. category cable. Our conversations were all very much focused on wired and wireless local area IT networks (LANs).

And then the coronavirus came along and all of that got tossed out the window. Now, we’re working across wide area networks (WANs) with high-latency codecs, using adaptive bitrate streaming for everything from GoToMeeting and WebEx meetings to watching “The Crown” and “Top Gear” on our Internet-connected smart TVs. Our connection speeds are only as good as our Internet service provider or mobile network. The majority of our connections are over 2.4 and 5 GHz wireless, and upload speeds are often a fraction of download speeds.

In short, we’re not starting with a blank canvas as we usually do to build an AV “solution.” Instead, we’re more like the TV character MacGyver; grabbing whatever tools we can get our hands on to work within predetermined limits, like ‘em or not. And by all accounts, we’re pulling it off, notwithstanding missteps here and there. Necessity is the mother of invention, and there have been plenty of ingenious AV solutions implemented under fire this year.

Yes, 2020 has been a real downer, but things will eventually get back to normal. In the meantime, recall the pre-WWII inspirational poster, “Keep calm and carry on,” that was designed by the English government, but never actually distributed to the public.

Good advice for these crazy times…