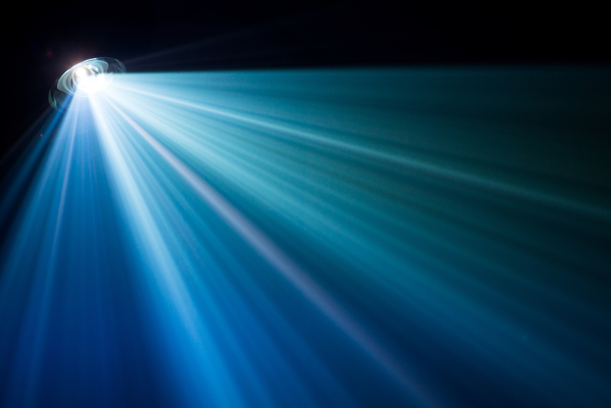 Digging through the archives, we recently came across a program from the 2001 InfoComm Projection Shoot-Out, which was staged in the Sands Convention Center in Las Vegas. And what a trip down memory lane it provided! Twenty years ago, high-definition television broadcasts were just getting off the ground. Flat-screen televisions and monitors were expensive novelties, offering wide XGA (1280/1365x768 resolution) with 8-bit color for prices ranging from $9,000 for 42-inch screens to $18,000 for 50-inch screens; all using plasma technology. Cathode-ray tube (CRT) displays were still common and a lot cheaper than plasma.

Video connections were predominantly analog (HDMI wouldn’t come along until a year later), with composite and S-video leading the way, and component YPbPr and VGA interfaces almost as popular. Video compression was in its early stages (MPEG-2), as was the Internet. One of the more popular signal interfaces at that time (a Kramer product) converted the YPbPr analog HD video format to RGB for use with early models of high-definition monitors that could only accept the latter format.

Signal management hardware required a maximum bandwidth of 70 MHz to handle the most common display formats - 480i, 480p, 720p, 1080i, VGA, SVGA, and XGA. Silicon Graphics’ exotic SXGA format (1280x1024 pixels) pushed that number a bit higher, but getting to 80 MHz bandwidth wasn’t much harder than 70 MHz. Even 100 MHz was easily achievable with analog signal processing.  Viewed in retrospective, it seemed like a much simpler time for technology.

Now, imagine you could step into a time-travel machine and emerge two decades later. You wouldn’t recognize the landscape at all: Plasma displays and CRTs are ancient history; LCD displays dominate and LED displays have moved past football stadiums and arenas. Composite, S-video, and analog component video have all gone the way of VCRs, replaced by the HDMI connector. Similarly, the VGA computer interface has yielded to DisplayPort.

Front projectors, expensive items limited mostly to XGA resolution at the turn of the century, have largely become inexpensive commodities sold in office supply stores. They’ve yielded much of their terrain to similarly-commoditized large LCD monitors and televisions. “Projector killer” high dynamic range Ultra HDTVs with 85-inch and 86-inch screen sizes can be purchased today for about the cost of a 3,000-lumens Full HD home theater projector.

A widescreen (16:9) front projector was an exotic item in 2001, offering WXGA resolution and all of 1200 lumens for $9,000. Today? With nine grand in your pocket, you could buy three laser LCD business projector models with Full HD resolution and 5000 lumens output and still walk away with $1500 in change - enough to pick up a 2000-lumens Ultra HD home theater projector, too.

And bandwidth requirements have soared far beyond that quaint 100 MHz speed limit. Now, we have clock rates pushing 600 MHz for 4K/Ultra HD video when it comes to us over the latest HDMI or DisplayPort connections, and 1.2 GHz for high frame rate video and basic 8K. We’ve also gone through several iterations of video compression formats in a frantic race to keep up with higher resolution and faster clock rates as these double semi-trailers loaded with pixels travel through the Internet to our homes, schools, and businesses.

Video signal processing gear has seen a similar fall in retail pricing. At the 2001 Projection Shoot-Out in Las Vegas, video scalers (upconverters) were classified by their output clock rates - 31.5 and 63 kHz, a/k/a line doublers and quadruplers that converted 525i/625i video to progressive scan (nominally 640x480) and 2x resolution (1280x960). These outboard boxes had all kinds of adjustments and tweaks, VGA and BNC output jacks, and ranged in price from $800 to $5,000.

Today, Ultra HD monitors easily up-convert any video format to 4K resolution by using a single chip that is small enough to fit in an HDMI receptacle, while small boxes nimbly jump between low- and high-resolution image and signal formats for just a few hundred dollars.

What’s next?  There are a few clear trends. The HDMI interface is here to stay, regardless of how you feel about it. DisplayPort, while a favorite of computer graphics manufacturers, never gained any ground against HDMI in the consumer television and media player world, but it’s not going anywhere anytime soon. If anything, the ability of USB 3.0/4.0 to work simultaneously as a display connection in Alternate Mode has sustained DP, and it’s inevitable that HDMI will also support this format, leading to fewer discrete connectors on laptops.

In the world of displays, we’ve plateaued at 4K (3840x2160) resolution for now; first, because televisions and monitors are so inexpensive, and second, because LCD screens are available in sizes large enough to outright replace projection screens. 4K resolution is more than adequate for meeting rooms, classrooms, and even home theaters. You’d need to sit just 18-20” away from a 4K image to see any pixel structure, and the peak luminance of 300-400 cd/m2 from these screens holds up well in fully-lit rooms.

The next wave in displays is a slow but steady move away from transmissive (LCD) imaging to emissive (OLED and inorganic LEDs). OLEDs are become the preferred display for mobile devices and high-end consumer televisions, and they’re also starting to find unique niches in digital signage, such as curved or warped displays. iLEDs, of course, dominate outdoor signage thanks to their sheer brightness, but we’re seeing the first models of iLED consumer televisions coming to market. They’re big, starting at 100 diagonal images, and expensive (well north of $100k).

What’s interesting about iLED TVs is that they can be constructed from modules, which means they can be built into just about any size desired (also any aspect ratio, but that’s not as attractive a feature for home use). iLEDs don’t suffer from issues with differential color aging like OLEDs, so they can really crank up the brightness - another blow against front projection. Ultimately, OLED TVs will run up against their brighter cousins as prices come down, and become another market casualty. Even small mobile devices will be equipped with “mini” LED displays in the not-too-distant future.

The technological leaps we’ve taken in two decades are nothing short of amazing. But the biggest jump of all awaits - wireless connectivity for everything, from WiFi 6 to 5G. What’s that all about?