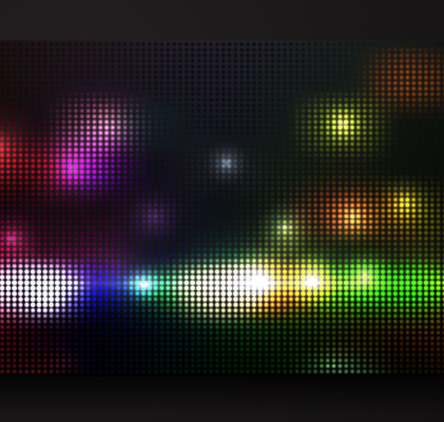 It’s been a couple of years since the first wave of 4K AV products washed ashore, and yet, there is still some confusion about what the term “4K” actually means. It doesn’t help that there has also been (and continues to be) a lot of misinformation offered about this imaging format, ever since the first commercial and consumer displays with 3840x2160 pixel resolution were unveiled in 2012. So let’s clear things up.

To start with, “4K” is kind of a vague catch-all term. A display with true 4K resolution will have 4096 horizontal and 2160 vertical pixels, which is a cinema format. The version of “4K” we’re more familiar with is defined by the Consumer Technology Association as “Ultra HDTV.” Displays and display signals (and many UHD camera sensors) classified as Ultra HD have 3840 horizontal and 2160 vertical pixels. Not quite true 4K, but close enough for our purposes.

Now, here’s where things get tricky. An Ultra HD display signal has four times as many pixels in a single frame as a Full HD video signal; 9.9 million versus 2.48 million. That’s quite a boost in payload, and it creates a speed limit challenge when interfacing, particularly as we increase the frame rate and color bit depth.

Okay, time to exit our Honda Civic and get into a high-performance BMW M3. Our Ultra HD signal has a total of 4400 horizontal and 2250 vertical pixels with blanking. Refreshing that signal 60 times per second gives us a pixel clock of 594 MHz, and using 10-bit RGB color, we now have a sustained data rate of 21.384 Gb/s. Wow! (Not surprisingly, that’s four times as fast as our Full HD signal calculation.)

That’s way too fast for HDMI 1.4. In fact, it’s even too fast for HDMI version 2.0, which can’t transport data any faster than 18 Gb/s. (That’s why a newer and faster version of HDMI – v2.1 – is just now coming to market.) Hmmm…do we really need 10-bit RGB color for everyday applications? Probably not, so let’s dial the bit depth back to 8 bits per color, which should suffice for high-resolution graphics and images.

And we can trim the data rate even further by cutting the frame rate in half to 30 Hz. Initially, that’s what many signal management companies did to accommodate Ultra HD signals while retaining the HDMI 1.4 interface. But as our display screens get larger (and they are getting a LOT larger), lower frame rates with wider fields of view can produce noticeable flicker. This phenomenon was first observed by Japanese broadcaster NHK as they began rolling out 8K TV broadcasts…but that’s a story for another time.

So, we want to stick with at least a 60 Hz frame rate for our 85-inch Ultra HD LCD monitor or our 120-inch Ultra HD LED wall. We’ll definitely need signal management products equipped with HDMI 2.0, at the minimum. By doing so, we can accommodate more powerful graphics workstations and laptops, where we can set the bit depth to fit our system bandwidth. We can also stream Ultra HD video from physical media and streaming platforms, where the most common color resolution is 4:2:0. Again, an easy fit for our system.

“Hold on there,” you’re probably thinking. “Where is all this demand for Ultra HD coming from?” Time to wake up and smell the coffee, folks: Monitoring and surveillance systems, such as those used by traffic agencies and process control systems always need more pixels on the screen. Gamers are always looking for more pixels on the screen at faster refresh rates with low latency. So do companies engaged in energy exploration, visualization and virtual reality, 3D modeling, and medical imaging. You know the old saying: You can NEVER have enough pixels.

And as we just read, the AV industry is rapidly switching over to Ultra HD displays as Asian display panel “fabs” phase out zero-profit Full HD panels and ramp up Ultra HD panel production. That means single-monitor and TV sizes as large as 98 inches using LCD and OLED technology, and tiled LCD/OLED display walls – plus LED walls – that have 4K, 8K, and even higher pixel counts. If you are looking to build a new signal distribution system, it is a wise bet against the future to support the higher bandwidths required for Ultra HD, all the way through every connection.

Kramer’s VP-551X 8x2 4K presentation switcher/scaler is well-suited to this purpose, equipped with eight discrete HDMI 2.0 inputs with embedded and discrete audio and native support for both 4:4:4 and 4:2:0 color resolutions. In addition to a single HDMI 2.0 output, it also provides an HDBaseT output for 4K/30 RGB or 4K/60 4:2:0.

More importantly, all HDMI ports are compatible with HDR10, a standard for static metadata required to display high dynamic range video. HDR is becoming an intrinsic part of Ultra HD production and display, allowing the reproduction of a much wider range of luminance values from black to full and specular white. VP-551X also passes the Dolby TrueHD and DTS-HD Master Audio formats, common with physical media and streaming playback.

There are other handy gadgets for your Ultra HD signal management system. Kramer’s new 675T and 675R are plug-and-play fiber optic signal extenders that accept type LC optical plugs and will work with either multimode or single-mode fiber, providing signal extensions up to 20 miles with single-mode operation. The beauty of optical fiber is that it has virtually no speed limit issues, as opposed to copper wire-based signal extenders that run several hundred feet at most.

You also have the option of routing your Ultra HD signals over a 10-gigabit Ethernet connection by using the Kramer KDS-8F SDVoE video streaming transceiver. As an encoder, it encodes and streams HDMI or DisplayPort signals along with infrared control, RS-232 control, analog audio, and bi-directional USB 2.0 over an IP network, using small format pluggable (SFP) optical fiber. KDS-8F can also work as a receiver to decode all of the signal formats just mentioned to an HDMI port with discrete audio, IR, and RS-232 connections.

And that is “what’s up” with 4K these days. The demand for more pixels, refreshed at faster rates with greater color bit depth, isn’t slowing down one bit. (Did you know that 8K cameras are now being used to inspect sewer pipes? It’s true! But that’s a story for another time…)