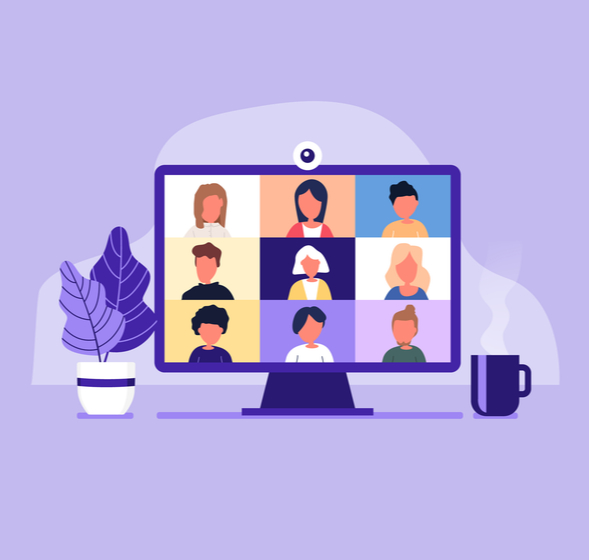 What is the New Normal?

We’re going to change things up a bit this month and shift our focus away from technology. As of this writing, the coronavirus pandemic is resurgent in several countries; particularly in the United States and Latin and South America. “The times they are a-changing,” goes the chorus in Bob Dylan’s classic song from early 1964, and if there’s a better expression to describe what’s going on now around the world, we can’t think of it.

It’s been four months since much of the world began shutting down in an attempt to slow the spread of COVID-19. The economic hit has been considerable, with the International Monetary Fund now predicting a 4.9% contraction in the global economy for 2020. As businesses try to maintain operations in a variety of quarantine or near-quarantine conditions, they’ve been forced to make changes “on the fly.” It now appears many of those changes will become permanent, even after a vaccine is available and the pandemic eventually winds down. And all of these changes will have an impact on the commercial AV industry.

To start with, let’s look at the increase in the number of remote workers. It’s estimated that 40% of the workforce in the United States will never return to an office, post-pandemic. Instead, they will continue to work from home offices or other remote locations. This, in turn, will reduce the demand for office space in cities and suburbs. And that will have a ripple effect on affiliated retail, hospitality, and service businesses – not to mention tax revenues.

A New York Times story on May 12 quoted executives from JP Morgan Chase, Morgan Stanley, and Barclays Bank – three of the largest commercial tenants in New York City – as saying they will not re-occupy all of the office space they originally leased prior to the COVID-19 pandemic. Instead, many employees will remain working from home permanently, and current leases will not be renewed once they expire.

Companies that were once opposed to the concept of remote workers are now embracing it as this unintentional, worldwide laboratory experiment winds on. Instead of employees gathering to meet in a room, they’re all logging in to virtual meetings via Zoom, GoToMeeting, WebEx, Teams, and other conferencing programs. (Have you tried to buy an external Webcam recently? Good luck, many models are out of stock and on long backorder. So are USB microphones for better audio.)

On the education front, primary and secondary schools in many states are planning to re-open in the fall of 2020, but only in regions where COVID-19 infections have dropped below a specified metric. Not surprisingly, the use of distance learning and group audio and videoconferencing has grown exponentially. And some colleges and universities, anticipating a second wave of infections, have already announced they will revert to the virtual classroom model for the winter semester as a precaution.

Perhaps it’s no surprise then that sales of PCs and laptops spiked upward in the first quarter of 2020: Intel reported a 23% increase in revenue, while AMD saw a 73% bump. Western Digital noted a surge in demand for storage components “due to the shift to working from home and e-learning.”  Chromebook sales to students also took off, according to Google. And mobile device sales suffered, with market analyst firm IDC reporting that smartphone shipments had fallen 11.7 percent in Q1, while tablets dropped by 18.2 percent.

The viral pandemic also shuttered a good deal of PC and laptop manufacturing capacity in Asia. According to a June 8 story on The Verge, “…Retail analytics firm Stackline found that in recent weeks, traffic to laptop product Web pages has grown 100 to 130 percent (year over year). Conversion rates (that is, the proportion of visitors to laptop product pages who actually purchase), conversely, have plummeted; they’re normally around 3 percent, but in mid-May they hit an all-time low of 1.5 percent. In other words: people are looking for laptops more, but they’re having trouble finding products in stock to actually purchase.

Another market that will take some time to recover is that of expositions, conferences, and trade shows. Several polls taken this spring have shown conclusively that respondents are not at all interested in attending these events until a safe, effective, and proven COVID-19 vaccine is widely available. And major trade shows have toppled like dominoes this spring and summer, with another wave of cancellations now being announced for the fall.

Touring musical acts, festivals, theme and amusement parks, and sporting events are also struggling to figure out how to re-open and re-schedule without pushing COVID-19 infection rates upward. There is a consequent, direct impact on the transportation, hospitality, and advertising sectors, and in our industry, rental and staging companies.

However, electronic gaming and e-Sports are thriving, as their participants all compete online. Not surprisingly, video streaming of all kinds is also surging; from movies and TV shows to worship services, online courses, and virtual travel. Several movies that were intended for theatrical release went directly to streaming and digital downloads as theater chains closed down. And believe it or not, sales of Blu-ray discs have also ticked up as people dust off their old players and look for ways to entertain their kids.

No one can state precisely what impact these trends will have on the AV industry. We know the increase in remote workers will definitely continue – many companies have been operating this way for years, such as health insurance providers. With ever-faster Internet available to more and more homes and apartments, video conferencing isn’t such a big deal anymore. The unanswered question: How much do face-to-face communications and meetings matter now?

For higher education, the current technological limits of distance learning and virtual classrooms will be sorely tested in coming months. What courses and classes lend themselves to online learning, and which still require a physical presence? Can colleges and universities survive a decline in enrollment caused by the pandemic? Can they justify maintaining large campuses dotted with classrooms, lecture halls, and other facilities when so few are using them?

We know a few things to be true. First, fast Internet connections (and in particular, WiFi 6) are and will continue to be of paramount importance to everyone. Video streaming is here to stay, and for remote workers and distance learning, it’s as essential to life as oxygen.

Second, it appears rumors of the PC’s demise are greatly exaggerated (with apologies to Mark Twain). Mobile devices have their place, but just aren’t practical for day-to-day office work. And third, many of us need better cameras and microphones for conferencing – some cameras create truly awful images and don’t focus very well, while many microphones make you sound like you’re at the bottom of a well.

As AV professionals, we’re tasked with coming up with solutions for our customers. And boy oh boy, do they have some real challenges to solve nowadays! We may find that today’s “hot” product categories don’t apply in the future, and that we’ll have to go back to the drawing board time and again to keep up. (But that’s what we do best, isn’t it?)

Until next time, stay healthy….