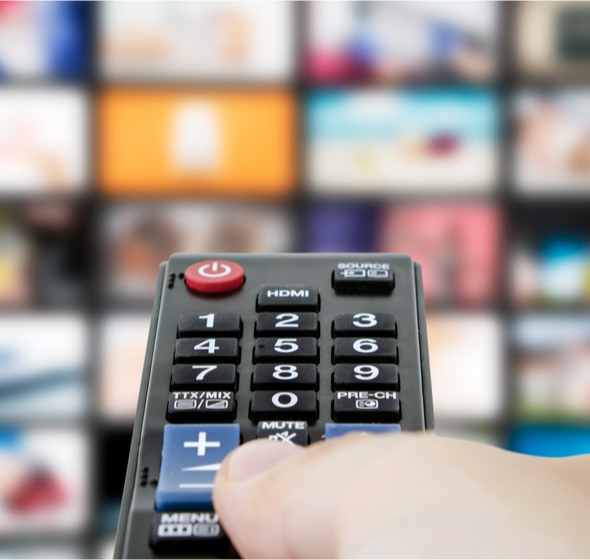 8K And the Seven-Year Itch

Unless you were wearing a blindfold while walking around CES 2019, you could not miss the numerous displays of 8K televisions. 8K banners hung from anywhere, along with signs for the other “hot” technology at the show – artificial intelligence (AI).

We counted well over a dozen examples of 8K TVs in our perambulations, most of them showing a series of still images with high resolution and high dynamic range. A few demos actually showcased 8K footage, presenting incredible detail in closeups of a honeycomb with attendant bees, or ants crawling over a vegetable garden. (That last clip was so realistic that it freaked out more than a few entomophobes!)

Other more practical demonstrations featured lower-resolution content scaled up to fit the 8K screen. Note that 8K TVs, when they finally arrive in any quantity, will likely start with a screen size of 65 inches and move up from there, hitting a maximum (so far) of 98 diagonal inches. Like it or not, you’ll be sitting pretty close to such a screen, so having all of those pixels plus enhancements like high dynamic range will make for a more pleasing viewing experience.

And you can largely attribute this move up in resolution to the Chinese, more specifically companies like TCL that are building Generation 11 LCD panel fabrication lines. These lines will crank out larger panels that can then be cut into smaller (although still large) sizes and at lower per-panel costs. Given how the competition between Korean and Chinese panel makers has largely decimated any profitability in the Ultra HDTV space (a/k/a 4K), the move up to 8K is almost a necessity.

It shouldn’t be a surprise that the average person is now asking,” Wait a minute! How is it we’re already talking about 8K video and displays? Didn’t we just start moving to 4K resolution? What’s the rush?”

Turns out, the move to 8K has actually been in the works for a long time. More specifically, it started almost 25 years ago in Japan, when broadcaster NHK began researching the next step up from HDTV (which was just getting off the ground outside of Japan!). Their goal was to design and build cameras capable of capturing 8K video at high frame rates, plus the attendant infrastructure to edit, store, and play it back, along with getting it to the home.

NHK’s research and development led to the demonstration of a 4K (4096x2160) camera in 2004 at the NAB show. They followed that by introducing their first 8K camera sensor at NAB 2006, followed by an improved version in 2012. Sharp also showed an 85-inch 8K LCD monitor at CES that year, but people didn’t pay as much attention to that demo as they did the arrival of the first 4K / Ultra HDTV monitors in September of that year at the EFA show.

Back then, depending on the brand name, that 84-inch Ultra HD video monitor – which required four HDMI 1.4 inputs to work – could have set you back as much as $25,000 USD. Coincidentally, this was about seven years after we saw the start of a move away from 720p/768p displays and TVs to Full HD (1920x1080) screen resolution.

A year after those ground-breaking 4K TVs showed up, NHK unveiled a 4-pound 8K Steadicam rig, plus a multi-format video recorder prototype. A 13-inch 8K video monitor for cameras, using OLED technology, also took a bow. And by 2014, NHK was broadcasting selected Olympic events in 8K via satellite via locations around the globe.

In our industry, we were still pushing Full HD and 2K displays and signal management products, looking over our shoulder at a 4K dot in the distance and figuring we had plenty of time. That all changed at ISE in 2018, where Ultra HD and 4K displays were everywhere, not to mention an $80,000 8K broadcast camera from Sharp. Full HD digital signage still make plenty of sense, but the economics of LCD panel manufacturing meant that the fabs in Asia would be pulling back on Full HD and ramping up Ultra HD production.

So here we are in 2019, just embracing the move to Ultra HD. Yet, pundits are already saying, “It’s time to give 8K a look.” At least one Tier 1 display brand has already showcased 8K digital signage at ISE and NAB, and will do so again at InfoComm, likely prompting competitors to show they’re at least players in this new game in Orlando. NAB featured half a dozen 8K video cameras along with recording and storage solutions, and what’s likely the first-ever 8K digital SLR camera to hit the consumer market.

Is this irrational exuberance? Hardly. Clever readers will note that this summer will mark seven years since the first 4K TVs took a bow, seven years after the transition started to Full HD (which itself took place about seven years after the industry began moving away from standard definition displays to 720p/768p HD displays).

Industry forecasts are for about 430,000 8K TVs to ship by the end of December, with over 2 million shipments called for in 2020. Those numbers closely track the roll-out of 4K / Ultra HDTV models from 2012 through 2014. Given that our industry really didn’t embrace 4K until 2017, we figure that you have just a couple of years to get with the 8K program.

And keep in mind that we’re fast approaching a point in time when the pixel density in a display just won’t matter anymore. Because of economics, all large TVs and monitors over 65 inches will have 8K resolution, whether you need it or not. Fortunately, video scalers have gotten quite powerful and can “pull up” your lower-resolution content to fit the screen. And other metrics like HDR, color accuracy, and high frame rate support will be the important ones, not the number of pixels.

Are you ready for 8K?